skip to main | skip to sidebar

One Day It's Really Gonna Be Over 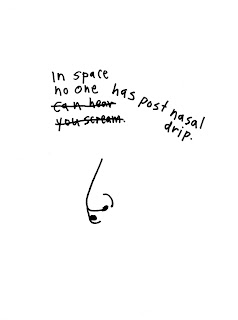 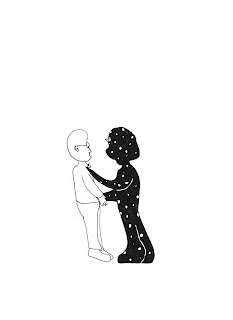 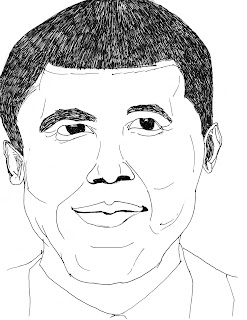 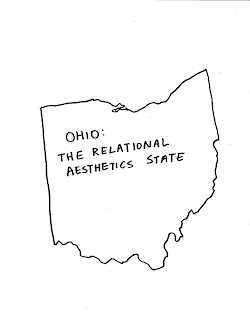 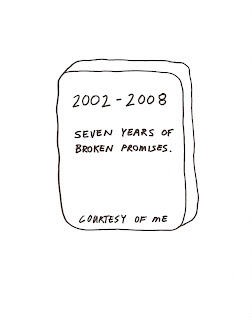 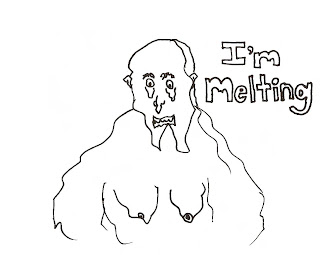 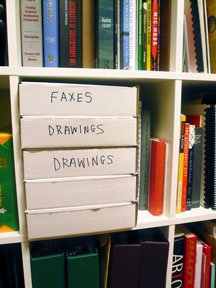 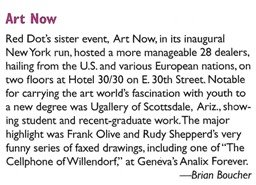 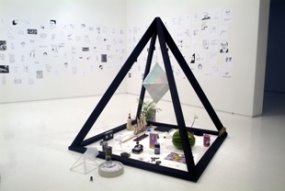 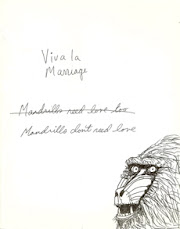 Buy our book of faxes from the Swiss Institute 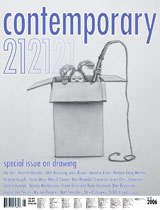 Article in Contemporary Magazine: SEE BELOW

FOR nearly two years, gallery managers Frank Olive (of the Swiss Institute) and Rudy Shepherd (of the Drawing Center) have routinely faxed drawings, doodles and notes to each other during work hours. The daily correspondence between the two men has evolved into a relentless oscillation of visual puns, word plays, ripostes, in-jokes and cartoon characters. A compilation of these drawings were this year made into a limited edition book, Viva La Marriage. For this Issue Contemporary has invited Olive and Shepherd to implement our fax machine in their exchange, and the resultant drawings, faxed directly to the Contemporary office, comprise the project ‘One Day It’s Really Gonna Be Over’.

Although the fax machine has been succeeded by the ubiquity of digital communication, it remains an efficient device and has other advantages over its e-mail cousin. In the office of Shepherd and Olive, anything close to hand is drawn on and promptly fed into the machine, allowing for an immediacy that cannot be met by the tedium of scanning and dpi alteration. Many of the drawings use office debris, such as discarded photocopies and printouts, and the hasty hands on pace of the procedure allows for spontaneity – the essential constituent of wit – to flourish.

Occasionally, Olive and Shepherd amusingly construct explicit references to the obsoleteness of their chosen medium, reminding us of the limitations of the dated technology. One fax from Viva La Marriage incorporates an e-mail printout with the day's drawing ‘contained’ behind an unopenable attachment, thus playfully impeding the potential of contemporary technology in favour of a laugh at its expense.

The inventive exchange is not unlike note passing at school, and one wonders with the culture of mobile phones and text messaging whether this is an activity that still persists. However, the apparent school-boyish nature should not be confused with a lack of complexity and adult sensibilities. Another drawing depicts Rudy as a teddy bear, holding a placard that simply asks ‘WHAT DO WE WANT’, as if all teddies’ rights have been granted but the desire to demonstrate is still entrenched. A robot (Frank) stands next to him and repeats – in a thought bubble – the slogan word for word. The scene is amusing, but it also touches on the predicament of generation X. The reality of the banal office bites, so rebellion finds an outlet in childish playfulness.

Other drawings consist of little bickerings between friends. ‘Thank you for making my life harder’ says one, though we know in this context it is the light-hearted utterances of a good friend. Nevertheless another drawing suggests a slightly more forbidding origin. Quickly sketched over a webpage printout, lifted from a family law advisor homepage, a drawing titled ‘Arthur’s House’ depicts a generic abode, but shows notes alluding to a ridiculous colour scheme of yellow windows and a green roof. Maybe this is a vengeful drawing, ridiculing the bad taste of a formal associate or partner, or perhaps just a playful result of internet surfing at work.

‘One Day Its Really Gonna Be Over’, the title promises, and as a fax project comes through to the office apologizing for not sending a drawing the previous day, a follow-up fax reads, ‘I guess I will have to send you two today’. Old habits die hard, so it seems, and in time they will cease… but not quite yet.

Cameron Irving is a writer and critic based in London

Co-Ordinated by Michele Robecchi, with special thanks to Gabrielle Giatinno